Reflecting on 34 years of supporting tenants 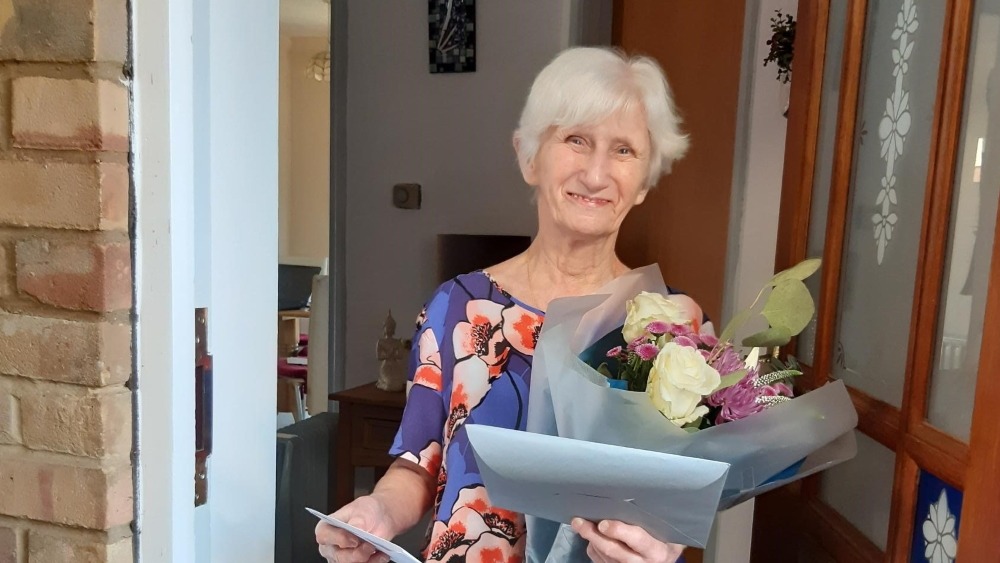 We’re proud of our dedicated teams and the commitment they put into looking after tenants, leaseholders and the wider community. One member of CBH, Jo, has dedicated 34 years to supporting tenants in Colchester! Before she starts her well-deserved retirement, we caught up with Jo to hear about her time with CBH and the Council:

Tell us a bit about your time at CBH and the Council.

At first my work involved being a good neighbour and supporting and enabling tenants to be as independent as possible. I also assisted them to organise outings and trips to the theatre, we had evening events with live music and bazaar’s at Christmas to raise funds.

Later I became a Senior Scheme Manager at Grymes Dyke Court where I supported 42 flats which homed many couples and encouraged them to become involved tenants. We formed a committee chosen by the tenants, and produced a constitution. They held events and managed their own funds.

In 2003, I became a Team Leader and transferred skills learnt at CBH into my team and encouraged them to try new things to get tenants to be actively involved in the schemes. Our team worked well together and with their combined skills, one year we held a Christmas concert which we took to other sheltered schemes. As you can probably tell, it’s been a busy and varied experience!

Any memorable highlights from your time here?

There would be far too many to list here! I organised a holiday to Pontins every year for 20 years and we took tenants from every scheme and the two day-centres. We took as many as 80 people most years!

Also memorable would be my husband receiving a Life Time Achievement award for his tireless work at Grymes Dyke and all of the schemes. All the Visiting Officers and tenants knew him with the minibus. That is a treasured memory for me – and a very proud one for him.

I also received three awards from CBH including; The PRISAM award for the team, The Pride of CBH award in 2009 and the Decade of Achievement in 2013. I was shocked by them all but I felt that I was only as good as my team and they were the ones who should have had them. I kept the Pride of CBH in the office on the desk for a while to remind my colleagues that they were the ones to be proud of.

What are some of you favourite things about CBH?

My most favourite things about CBH are the people. The colleagues I have worked with over the years who were amazing and the colleagues I still work with.  My managers and team leaders have all been extremely supportive, especially over the last years since I have been in a caring role with my husband. He passed away last February and they were 100% supportive during those last difficult few weeks – I will never forget that.

I feel so fortunate that I have worked for an organisation for so many years that has allowed me to work to this age and actively supports its older workers.

What’s next for you?

Where to start! I have two holidays booked, if they can go ahead. I’m also planning to do some voluntary work – possibly at Beacon House and at the hospital with the Ann Robson Butterflies who were so supportive to me during the last three weeks of my husband’s life.

I am writing about Fronto-Temporal Dementia (FTD) and I’m still involved with the FTD Association. Not many people, even in our enlightened times, recognise FTD as dementia and I would like to help in any way I can in Colchester.

And lastly, my granddaughter is a self-employed professional Lifestyle Photographer. I have been known to masquerade as her ‘Glamorous Assistant’ when the need arises! I will definitely not be bored…