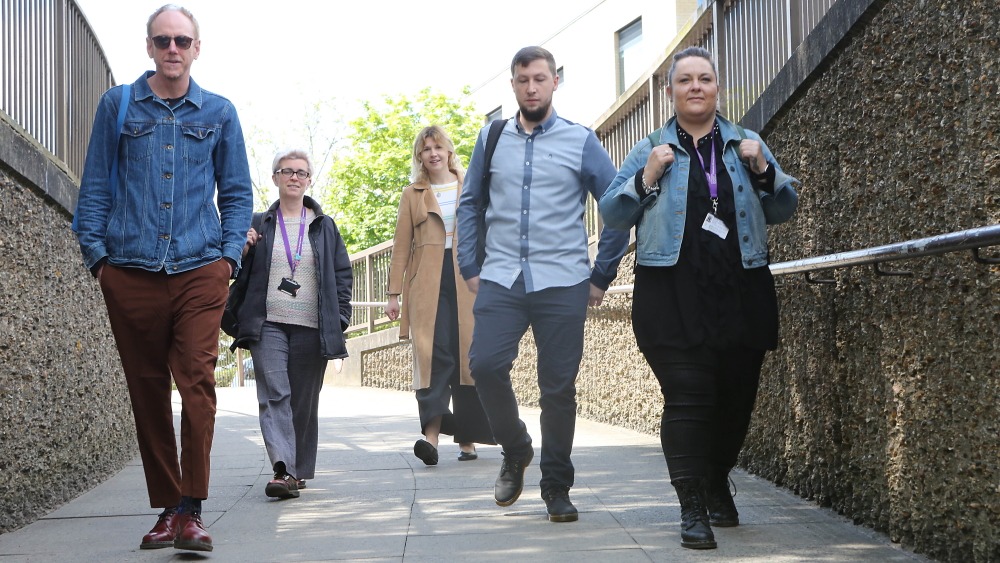 Our Outreach team provide a frontend service to people in Colchester who are homeless or rough sleeping. It’s their role to connect people, such as Ben* and Donna*, to local services and to support them with finding suitable accommodation.

Ben had been a familiar face in Colchester since 2016. Often found sitting with his dog next to a car park or in the centre of town, he was always polite and chatty but felt as a single man there was not a lot that the local authority could do to help him, especially since he was not from Colchester.

He arrived in Colchester with his partner Donna after leaving Devon for a fresh start when their child was taken into care due to their substance misuse. Donna had secured supported housing but Ben and his dog could not live with her.

The Outreach team built up a relationship with Ben. Maintaining contact was initially difficult, with long periods of non-engagement, but by summer 2019 Ben was engaging regularly with services the team connected him to and was on a methadone script. Unfortunately, he hit a low point and came off his prescribed medication and resumed taking heroin, as well as other substances.

He was found collapsed in town and was taken to hospital. The ambulance could not take his dog and after this incident his dog was removed by the police, further impacting Ben’s mental health. He withdrew from engaging with the services the Outreach team had connected him to.

During this time, Donna continued to progress well and moved from shared accommodation to a self-contained flat, while still in supported accommodation. This meant Ben was able to stay with her more frequently. In late 2020 Donna decided she was ready to go to residential rehabilitation and received support to stop using substances. Ben also stopped using substances himself, recognising that it was the only way Donna would remain drug free.

By mid-2021 Donna was pregnant. Ben was very supportive but felt that living together all the time was possibly not the best option for them. Their unborn baby was already known to social care due to their previous child being taken into care and Ben felt that while he wanted to play an active part in his child’s life, his presence was likely to be detrimental.

Ben approached the Outreach Team and asked how they could support him to find somewhere of his own to live. The team discussed his options and he thought that private rented accommodation close to Donna would be the best place for him.

The team supported him to find a landlord who was happy to work with someone on Universal Credit and helped him to move into a room in a shared house, by means of rent in advance and damage deposit.

They also connected Ben to a counsellor, who discussed Ben’s feelings around having his first child taken into care and feared social services being involved with their next child. Since the first meeting, Ben has been attending regular counselling sessions and now has frequent contact with Donna and they are looking forward to rebuilding their lives for the new baby.

The Outreach team continues to provide essential support and advice to Ben, Donna and other people who are homeless or rough sleeping.

*Names have been changed to protect identities