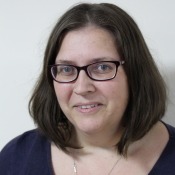 Paula has lived in Colchester since the age of 3 and she witnessed CBH help her mum when they became a single parent family.

She has been a resident of CBH for 5 years, and after getting to know some of the CBH team through her work became a member of the residents panel. This lead to a desire to raise the profile of the residents voice so Paula applied for a position on the Board.

Paula has stated that she is thrilled to have been appointed and is keen to raise issues that are important to residents and to ensure all decisions are made with the resident in mind.