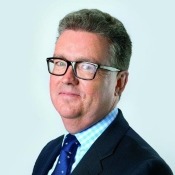 Gareth has managed a wide range of public services, from frontline housing services, spatial policy and enterprise and regeneration to sport and leisure, parks and recreation, and community development. He has led two transformational business reviews at Colchester.

Before joining Colchester Borough Council in 2001, Gareth worked for the Ford Motor Company for 12 years in a range of marketing, communications and new media roles both in the UK and across Europe.

In 2017 Gareth was appointed as a company director of Colchester Amphora Homes Limited, a housing development company established by Colchester Borough Council.

Gareth also serves on the board of an international development charity.